Skip to content
BBOY THESIS VS BBOY NOE AT WBB#4 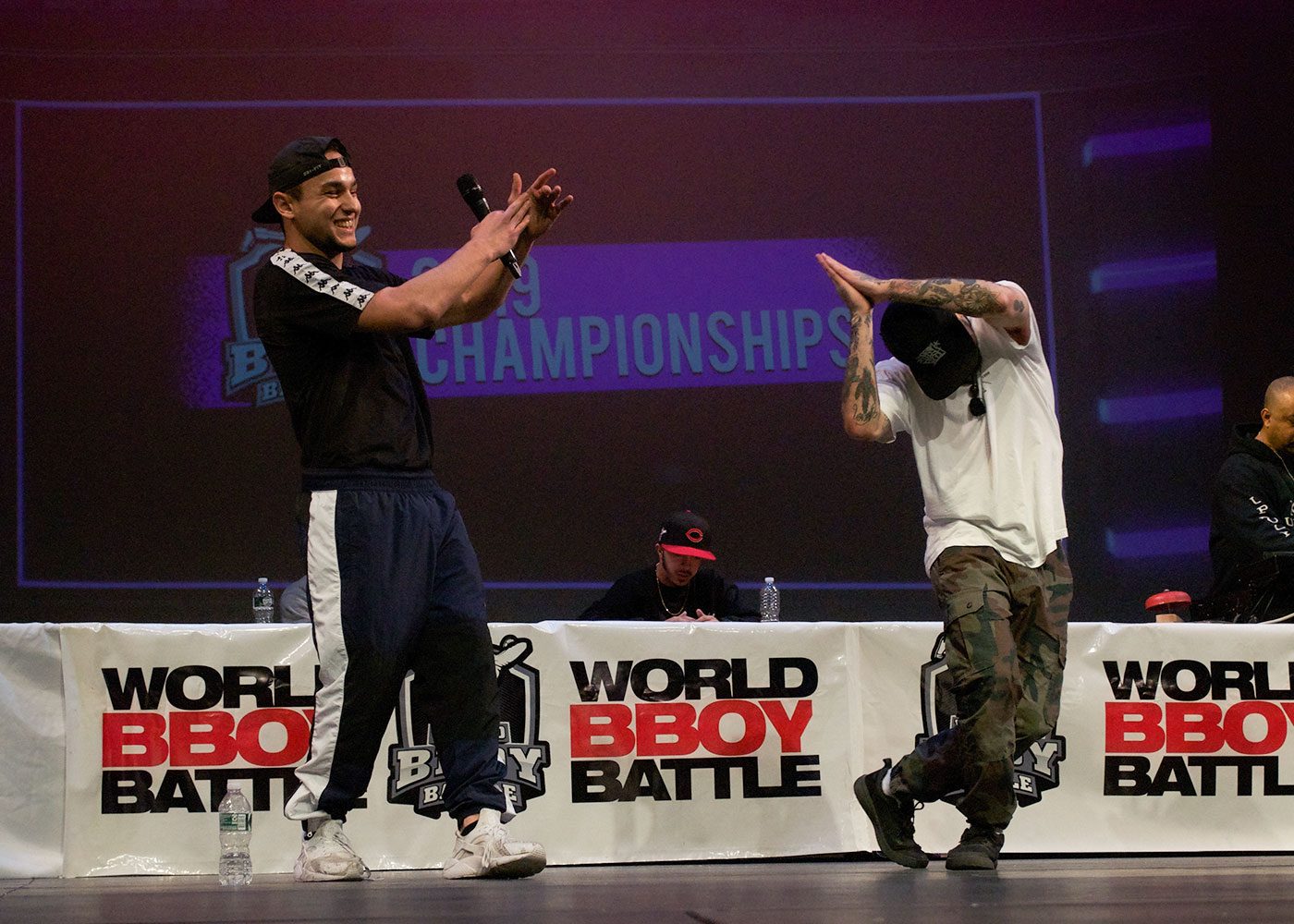 On December 21, 2019 at the BMCC Tribeca Performing Arts Center, in New York City, Bboy Thesis and Bboy Noe advanced through three battle levels of intense Breaking to get to the 2019 World Bboy Battle Championship Finals.

Both competitors pushed past exhaustion as they battled in Footwork, Powermoves and Freestyle for the world title. When the scores came in, Thesis had edged Noe by only one point to win.

“I knew my stamina was fading. So I focused on short sets with high degree of difficulty and musicality.” – Thesis 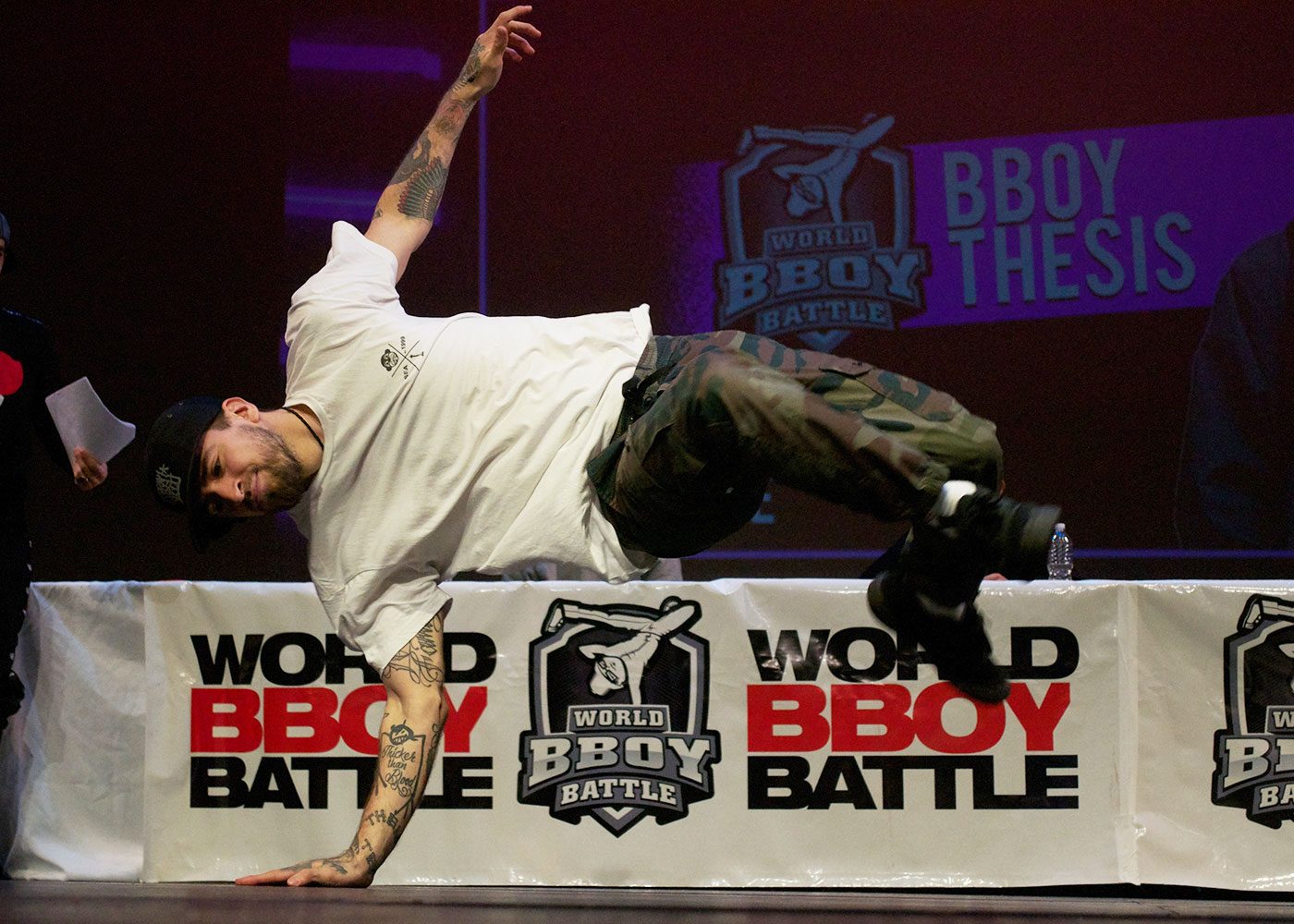 ROUND BY ROUND ANALYSIS

In the first round Noe edged Thesis by only half a point when he executed a lightning fast and clean footwork set featuring a variation of swipes, leg sweeps and leg kicks. In the second round, Thesis edged Noe by only one point when he executed a highly difficult Powermove set where he launched a flare in one direction, paused mid-air and change directions. In the third and final round, the Freestyle round, 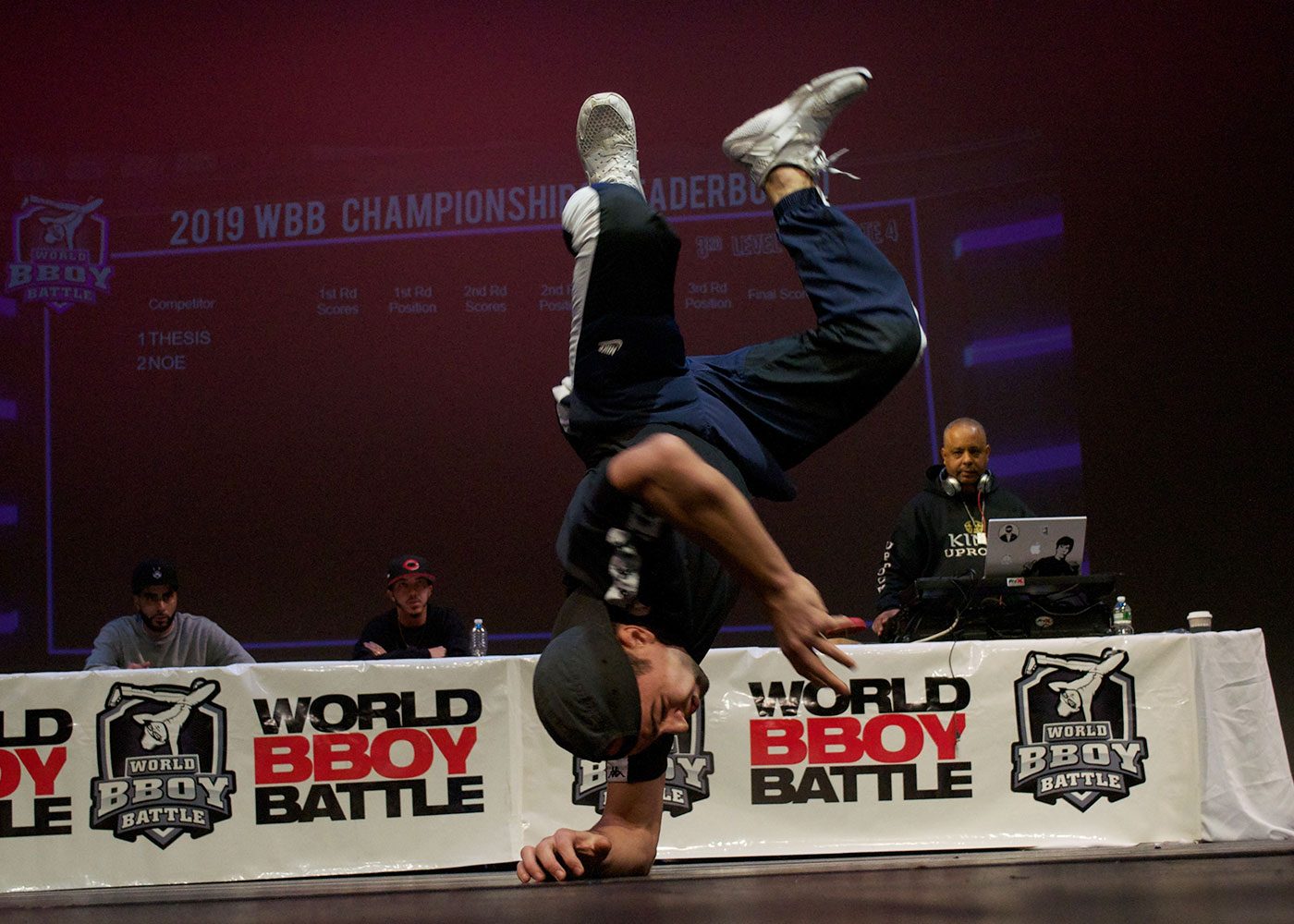 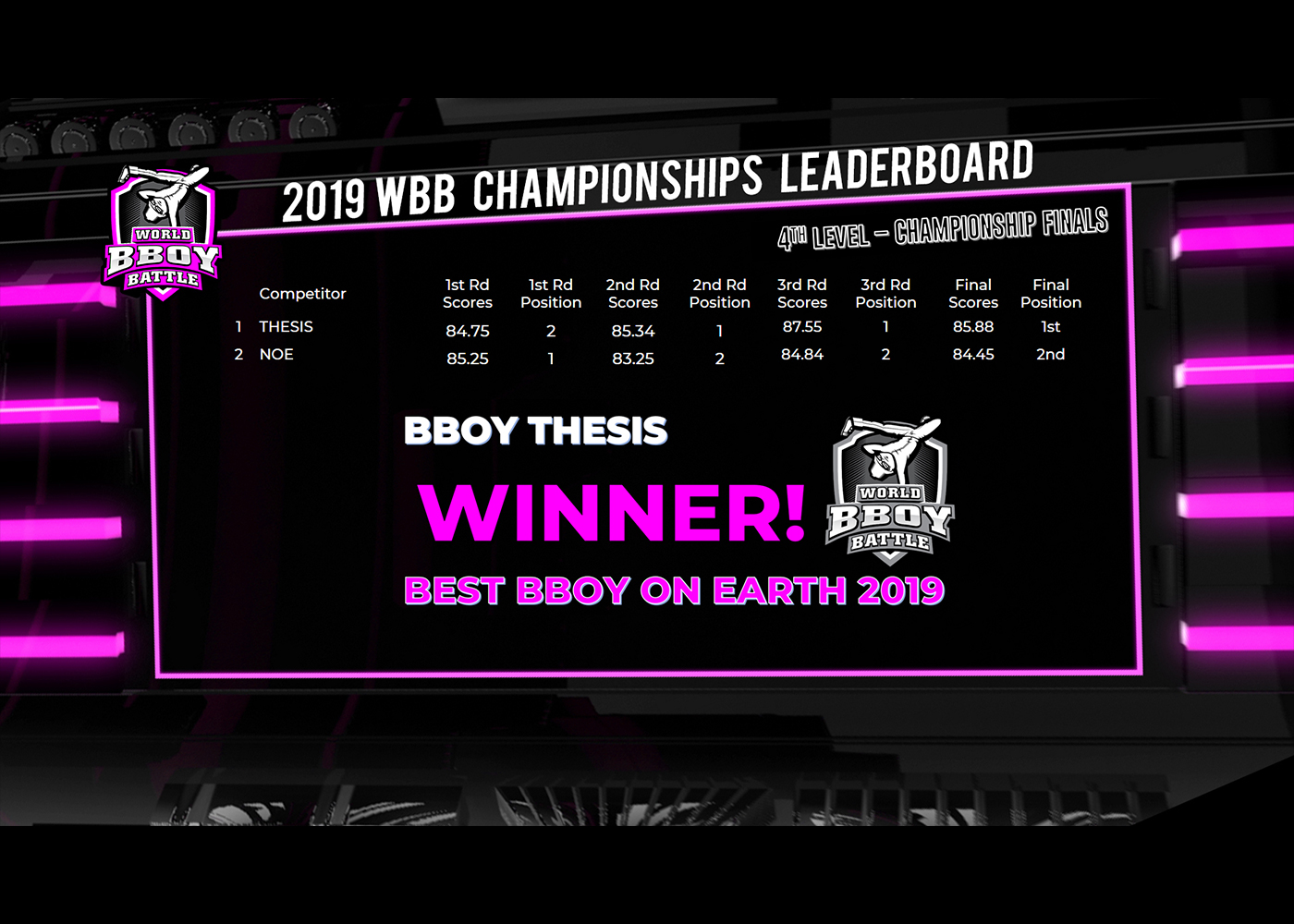 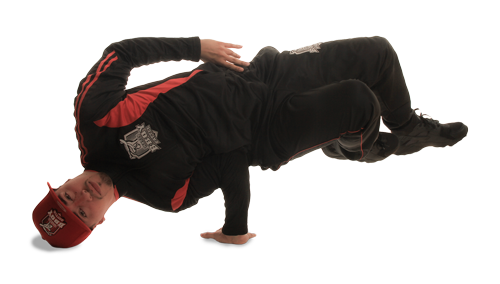